The Importance of Acoustic Design: Are you designing for Vincent Van Gogh?

The importance of sound design and why we should design for the people who live in and use our buildings and not just to meet the minimum requirements.

I realised the importance of sound design in buildings 10 years ago – on New Year’s Day 2010. I remember it as if it were yesterday. I remember it because it was the day my father suffered a sudden heart attack. After a number of hours of treatment, surgery and amazing care from paramedics and surgeons, his heart was taken out of arrest and he began recovery in Liverpool’s Heart and Chest Hospital.

There were two things I noticed when visiting him during his four week recovery. The first was the amazing dedication and care of the excellent staff at the hospital. The second was the constant noise of beeping machines, clunking and clanging sounds on hard surfaces, and the ongoing background noise of chatter between nurses, doctors, patients and visitors. It was then that my father said to me something I will always remember:

Biology dictates that our bodies need sleep to allow us to recover when we are ill. For hospital patients to get the sleep they need, the World Health Organization recommends that sound levels should not exceed 30db(A) for prolonged periods. I am sure that the noise level in the ward where my father was recovering was far above this.

Research into the noise levels of a number of other similar Intensive Care Units suggests that I was almost certainly correct in my presumption. Of the hospitals monitored, average sound levels exceeded 45dB(A) 100% of the time. For over 50% of the time, the sound level was between 52 and 59dB(A). And worst of all, peak levels of above 85dB(A) occurred with patients being disturbed at least once every 7 to 16 minutes of every hour overnight! [i] To put that into context; 85dB(A) is roughly the noise level you would hear if you were standing on the kerbside of a busy road, or about the same as a loud alarm clock. Every 7 to 16 minutes. I’m not surprised my father found it difficult to sleep!

And it’s not just our hospitals where sound levels can be causing problems.

Ten years on and my father’s recovered and is happy to have four grandchildren. This means I’m taking a keen interest in schools and classroom design as I’m eager to understand the impact noise levels might be having on my children’s education.

Children need a quiet environment if they are to learn effectively. Research has shown that in noisy classrooms, children can fall behind due to reduced ability to concentrate. [ii] Noise negatively affects a child’s ability to keep attention, especially when comprehending more difficult sentences.

A similar research study showed that the average sound level in occupied classrooms was 72dB(A). [iii] Not a maximum sound level – an average sound level! Meaning that peak levels would exceed this on regular occurrences. Normal speech is generally accepted to be around 60-65dB(A) [iv] so 72dB(A) would be similar to a louder than normal conversation. This may not seem too strenuous – but when it is sustained over the duration of a school day with sound levels regularly peaking above this, it makes it difficult for children to concentrate, and difficult for teachers to teach.

During the Covid-19 lockdown, remote working has become the new normal, but when people go back to offices, the old problems of noise will become apparent again.

I’ve seen open plan workplaces at every company, including every architects’ practice, I’ve ever visited. I expect the theory is that open plan offices are more cost-effective than closed offices and provide more opportunity for collaboration between workers. This is not what the research shows.

A study published in the British Journal of Psychology showed that if you can hear someone talking while you’re reading or writing, your productivity dips by up to 66%. [vi] That means just one colleague talking nearby on the phone will affect your work. Wherever you are, have a good listen now. Can you hear other people talking? Is it distracting? Does it cause you to re-read some sentences? I know I often struggle like this when I’m trying to read an in-depth article or piece of literature if there are distracting noise levels present.

Similarly, a US study of over 40,000 office workers in over 300 separate offices showed there was no evidence that open plan offices offer benefits over closed alternatives. [vii] Indeed, employees working in open plan offices complained that the biggest issue with open-plan offices was sound privacy.

A 2005 report by the UK Commission for Architecture & the Built Environment found that a well-designed, employee-friendly office environment can boost productivity by as much as a quarter. A well-designed environment provides quiet workplaces to allow employees to concentrate without distraction.

And where do we spend most of our time? In our homes.

The World Health Organization estimates that a quarter of a million people in the UK suffer from noise from traffic and aircraft to a level considered to be a serious annoyance in both the day and the evening.

Our homes should arguably protect us from this noise and give us somewhere to relax in a quiet environment.

However, it’s not just external noise that affects us in the home. How people use the home is changing; in 2017 1.6 million people worked from home [ix] but that figure rose rapidly as office workers switched to home working during the 2020 pandemic – a practice that many forecasters are predicting will continue for the foreseeable future.

In an ideal world, every home worker would have a quiet and peaceful space to work in, but anyone who has children and tries to work from home will know that it is rarely the case. Even if they are working in a separate home office, noise from children being home schooled, playing games, music or computer games in the adjacent living space creates a distracting cacophony.

So why the reference to Vincent Van Gogh?

It doesn’t have to be like this though. Great sound environments can and are being designed already. Despite being built nearly 25 years ago, Bridgewater Hall in Manchester remains a leading example of acoustic design. Some of the greatest musical artists in the world have played at the Hall and mention that its acoustics are amongst the best they’ve experienced. A remarkable feat considering its location – a stone’s throw from Manchester Central Exhibition Centre, 20 yards from a Metrolink tram stop and next to one of the major roads leading into Manchester City Centre. The hall uses a number of clever design aspects including the use of curved shapes and absorbent materials inside. And it is built on 280 sets of steel springs to isolate it from the immediate surroundings, preventing vibrations and sound transfer.

So, what can we learn from buildings such as Bridgewater Hall and what can designers do to improve the acoustic design of buildings?

There are many factors to consider that will have an impact on the sound environment of the building:

At Knauf Insulation, we recommend the use of absorbent materials such as Glass or Rock Mineral Wool, wherever possible, to absorb sound and improve sound insulation.

The fluctuations of air molecules which form sound waves move into the body of the mineral wool.  Friction between the air particles and the narrow airways of the wool causes sound energy to be dissipated as heat, reducing the level of sound moving through a building structure.

When looking at internal walls and floors it is often worth investigating the provision of sound insulation within all walls and floors, rather than just those identified in Approved Document E. The additional cost can often be minimal whilst long term benefits and sound comfort for occupants can be huge.

But one of the biggest areas which can be used to provide sound insulation is the external building envelope. Thermal insulation is required to prevent heat loss to meet the requirements of Approved Document L. Using an absorbent material which provides acoustic performance as well as thermal performance is the ultimate win-win.

Designers are already realising this and are using the external building envelope to provide acoustic performance. When Birmingham Airport built a new air traffic control tower, mineral wool was used within the rainscreen cladding system. This was to provide a high level of sound insulation, as well as thermal insulation to ensure sound within the tower was maintained at a level which allows the air traffic controllers to concentrate and perform their job effectively. I know when I’m flying into an airport I want to know that the controllers are concentrating to their full potential and aren’t distracted by the high levels of unwanted noise from the incoming air traffic!

Dublin Airport used a similar approach and utilised a standing seam roof design incorporating mineral wool to provide the combined acoustic and thermal performance. These systems can provide sound insulation of around 46dB Rw. This means if the noise level outside is 96dB (A) – the typical sound level of a Boeing 767 coming into land at a distance of 1 nautical mile – the sound inside would be reduced to 50dB(A) – quieter than a normal conversation.  Birmingham University used mineral wool insulation within their rainscreen cladding system so that students could concentrate fully. And there are many more designers identifying the value in good acoustic design.

Why design for acoustics then?

After all, good sound insulation can provide many benefits over and above compliance with the minimum performance requirements stipulated by the Building Regulations.

There are extra credits which can be claimed in BREEAM for providing a better level of acoustic performance than the minimum requirements.

Designers and architects’ practices who are already designing for acoustics are realising that they can use it as a point of differentiation, in a market where differentiation can make the difference between survival and business success.

But more than all of this, good sound design can mean that we live more comfortably in our homes, that our children learn better, that our teachers teach more effectively and with less stress, that we perform better in our workplaces, and that patients recover more quickly in our hospitals.

(ii) Bridget M Shield and Julie E Dockrell: The effects of noise on children at school: A review

(iii) Dockrell JE, Shield BM (2004). Children’s perceptions of their acoustic environment at school and at home.

(ix) The TUC, Growth in homeworking has stalled 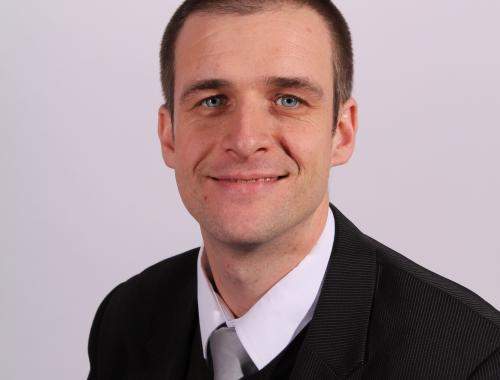 Lessons not being learned on school fire safety

Insulation designed to weather a storm